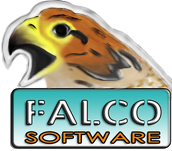 The Story: 1996. I finished University and decided to try myself as a freelancer.

The business was rather good, but I wanted to have a stability, that's why it was not good to have a random job. Over 10 years of accumulated experience and the whole process of creating programs was evident.

2006. Formation of the company. The domain https://falcoware.com has been registered.

My friend and I began to create the first program Falco Icon Studio. 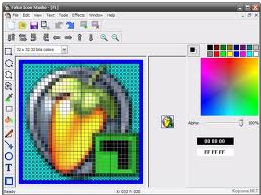 The first sale was already on expiry of 2 months after the program release.

January, 2007. My friend left me a permanent job. I hired a student from Vologda for 5000 rubles per month. Then I added Adsense. My income was $50 per month.
We began new projects Ч Falco Image Studio, Falco Auto Image, Falco Manager, Falco Molecule, Falco Chess, Falco Checkers.

March, 2009. I made almost all programs free. I have added bundles. My income became $100 per month. I hired tester-technical writer-web master for 5000 rubles per month for a part-time.

December, 2009. The partner system was made. I hired a manager — game programmer. My income became $150 per month.

October, 2012: Revenue from the site became $500, we have 200 partners, 500 products. Business is growing, revenue grows and we like it! We like to create free programs and games for people!!!